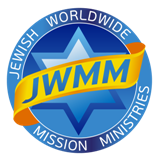 Born in Kentucky, raised in Ohio, and educated in West Virginia, Dr. Steve
Cook is certainly a confused Appalachian.  Steve was saved at age 15, and
has served the Lord in various ways.  After playing football for Marshall
University under Jack Lengyel, Steve taught and coached in public school
while serving the Lord in his local church.  After his call to preach, he
pastored 12 years before joining JEM as Evangelism Outreach Director in
2003 and served until 2013.  In 2013, Dr. Cook launched Jewish Worldwide
Mission Ministries, Inc. (JWMM).

Residing in southern Ohio, Steve travels across the USA and worldwide
conducting evangelistic outreach, preaching prophecy conferences,
mission conferences, revivals, and Bible conferences.  He also conducts
many Jewish Evangelism seminars in Bible colleges worldwide. His travels
have taken him to Ukraine, Israel, Philippines, Costa Rica, Dominican Republic,
England, France, Cuba, Kenya, Tanzania, E. Africa, and  other countries.
Dr. Cook has authored  multiple books, including a commentary on the
Song of Solomon, entitled The Shulamite and the Shepherd, The Seven
Feasts of the Lord, The Seven Feasts in the Law of Moses, and several study
booklets that have also been translated into Russian and Spanish.
Steve and Cosie were married on August 1, 1975.  They had two
daughters, Kelli and Kristen, and three grandsons, Jacob, Benjamin, and
Nathaniel, and two granddaughter – Kaysen Ryan and Mattilyn Rose.